Changsha (tsã13 sɔ33 sɿ21; simplified Chinese: 长沙; traditional Chinese: 長沙; pinyin: Chángshā; literally: “Long sandbar”) is the capital of Hunan province, south central China. It covers 11,819 km2 (4,563 sq mi) and is bordered by Yueyang and Yiyang to the north, Loudi to the west, Xiangtan and Zhuzhou to the south, Yichun and Pingxiang of Jiangxi province to the east. According to 2010 Census, Changsha has 7,044,118 residents, constituting 10.72% of the province’s population.
Changsha is located in the Xiang River valley plain, bordering on Luoxiao Mountains on the east, Wuling Mountains on the west, edging in Dongting Lake on the north and bounded on the south by Hengshan Mountains. It has a moist monsoon climate of the subtropical zone. The average annual air temperature is 16.8–17.3 °C and the rainfall 1,358.6–1,552.5 mm

Archeologial evidence provides evidence of settlement 150,000 to 200,000 BC. Development occurred drastically closer to 3000BC when Changsha developed with the proliferation of Longshan culture, although there is no firm evidence of such linkage. Despite this, pottery and bronze ware have been discovered.In the Central Plain region during the Zhou and Shang dynasties, Yandi and Huangdi in regards to their relationship between the Central Plains, paid a visit. Sima Qian writes in his Records of the Grand Historian “Huangdi, loving his (oldest son) Shaohao, gave him a parcel of land, an area amounted to Changsha and surrounding land.”

Hunan Broadcasting System is China’s largest television after China Central Television (CCTV). Its headquarters is in Changsha and produces some of the most popular programs in China, including Super Girl. These programs have also brought a new entertainment industry into the city, which includes singing bars, dance clubs, theater shows, as well as related businesses including hair salons, fashion stores, and shops for hot spicy snacks at night (especially during summer). While Changsha has developed into an entertainment hub, the city has also become increasingly westernized and has attracted a growing number of foreigners. Changsha has its unique flavor of food. Spicy food is typical of the region. In addition, there are a lot of street food. In May 2008, the BBC broadcast, as part of its Storyville documentary series.

Changsha’s population nearly tripled between the start of its rebuilding in 1949 and the early 1980s. The city is now a major port, handling rice, cotton, timber, and livestock, and is also a collection and distribution point on the railway from Hankou to Guangzhou. It is a centre of rice milling and also has oil-extraction, tea and tobacco production, and meat-processing plants. Its textile industry produces cotton yarn and fabrics and engages in dyeing and printing. Agricultural chemicals and fertilizers, farm implements, and pumping machinery are also produced.Changsha has a large thermal generating station linked by a power grid with the nearby industrial centres of Zhuzhou and Xiangtan; the three cities were designated in the 1970s as the nucleus of a major industrial complex. In the 1960s there was some development of heavy industry. The manufacture of machinery, especially machine tools and precision tools, became important.

Situated in the river valley along the lower part of the Xiang River, Changsha is the capital of Hunan Province in the southern part of central China. It is a famous city of historical culture, tracing its recorded history back over 3,000 years. The Yuelu Academy of Classical Learning, established in the Song Dynasty (AD960-1279) was the first government run university in China, and Chairman Mao Zedong spent many of his developmental years in Changsha, 8 years of which were spent studying and working at Hunan First Normal College. 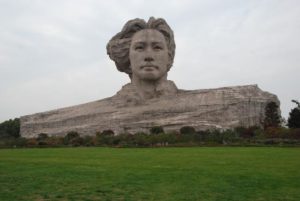 Changsha is a provincial city with a population of about 8 million people, and is starting to enjoy the type of rapid development enjoyed by other major Chinese cities over the past 10 years.

Although lacking the ‘sophistication’ of more glamorous China locations further south or east, the air quality is much better than that of Guangzhou or Beijing.

While there are already international hotel chains (Crown Plaza, Sheraton, InterContinental, Kempinski, Howard Johnson, St. Regal, Wanda Vista, St. Regis, Grand Hyatt) and certain restaurants and bars in which the Western expatriate population tends to gather, there is nothing like the variety of Western outlets that you would find in Shanghai or Beijing. However, new restaurants, shopping plazas (i.e. Wanda Plaza, ID Mall, MIXC), and bars are opening almost every month. However, if you are the type of person who likes to build a social life based on the expatriate adult softball/soccer league, such as in Guangzhou, Shanghai or Beijing, then this city is not for you.

Indicative of the potential of this city are: 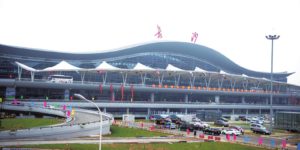 Other positives are the friendliness of the local people, the excitement of learning to live within a very Chinese culture, and the spicy Hunan food. As well, the low cost of living provides a high savings potential. Of course there are also some frustrations, largely to do with the difficulties of cultural and linguistic interface. Consequently, We think it is true to say that outgoing, self-starting types thrive best in this kind of environment: We hope this is you!

Changsha is subjected to sub-tropical humid monsoon climate with four distinct seasons. Summer is long and hot, while winter is short and cold; spring is humid and changeable, while autumn is dry and sunny. The average annual temperature is 17.2 centigrade degree. Rainfall is abundant, with the annual precipitation at 1422 mm (56 inches).

It maintains moderate and humid climate features in the year round. Generally speaking. Summer in Changsha is very hot, while winter is the best time for traveling in Changsha. Have a look at our Changsha Tour Packages and choose your time of travel.

Spring is from March to May. The weather is very changeable with rain and humidity. There are occasional drop of temperatures to below 0 °C (32 °F). So visitors should bring warm clothes to prevent from catching cold.

Summer is from June to September. It is very hot and humid with occasional downpours. The average temperature is about 33 °C (91 °F), and sometimes it could shoot up to 40 °C (104 °F). The scorching weather and the heavy humidity make it very uncomfortable outdoors. Wear any summer clothes, such as shorts, shirts and skirts. Prepare sun protection such as sunglasses and hats, and drink lots of water.

Autumn is from October to November. It is the best time of the year to visit Changsha with very comfortable cool and dry weather. The temperature is moderate and it is suitable to see the autumn forage at Juzi Island at that time.